Skydiving through the latter years in Florida Rep’s ‘Ripcord’ 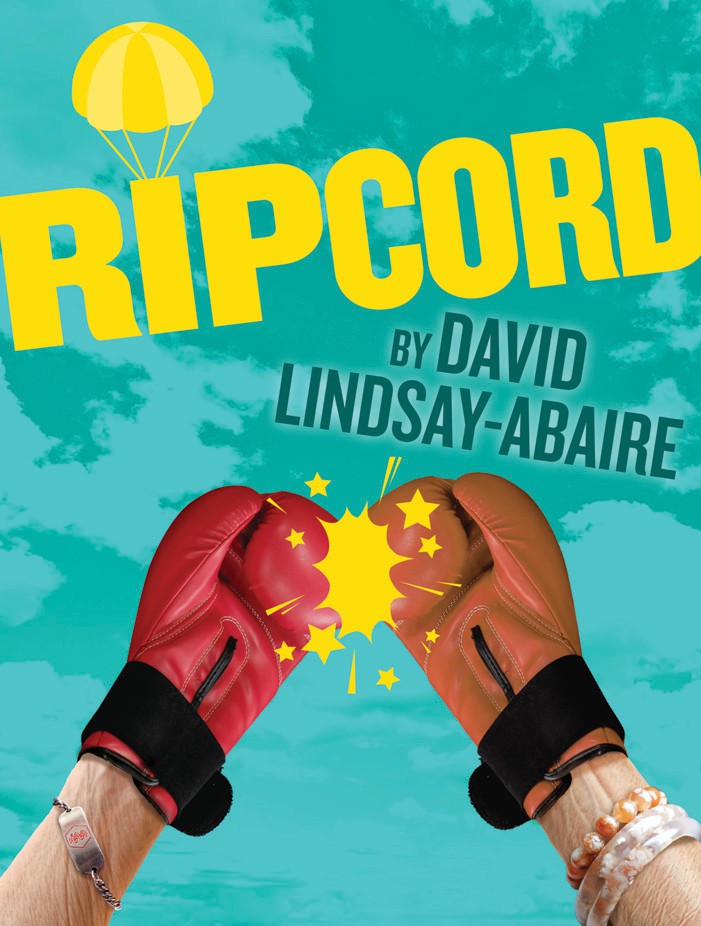 Skydiving through the latter years in Florida Rep’s ‘Ripcord’

“I love — and have always loved — playing little old ladies,” she says, noting that her first professional role was portraying Aunt Eller in “Oklahoma!” … at age 23.

“I’ve wanted to do ‘Arsenic and Old Lace’ since I was in high school. I don’t know where that comes from.”

She did get her wish. Audiences may remember Ms. Boyle in Florida Repertory Theatre’s production of “Arsenic and Old Lace,” as well as her roles in “Outside Mullingar,” and the more recent “A Dolls House 2,” in which she played the sweet but foul-mouthed housekeeper.

Now she’s in her comedic element once again, playing Marilyn in David Lind- say-Abaire’s comedy, “Ripcord,” with Sara Morsey as her opposite lead.

Though both are Florida Rep ensemble members, this is the first time they’re in a play together.

“I’ve been a fan of hers for years, and she’s been a fan of mine,” she says. “So it’s mutual. We are thrilled. We come out holding hands for the curtain call, just tickled pink that we’re together in this, in this 12-round bout.” 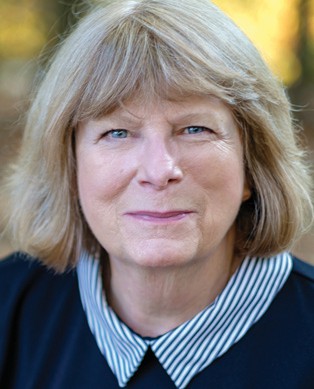 The two characters are women of a certain age living in a senior facility. Ms. Morsey’s character, Abby, is a curmudgeon who wants a room of her own but can’t afford it. She’s sharing a room with Marilyn, who wants Abby’s bed by the window. So the two make a bet.

“Marilyn is so sweet and so open and genuine,” says Ms. Boyle, who also fits those adjectives. “She’s the opposite of poor Abby, who’s unfriendly and cold and caustic. It’s the comedy of the opposites.”

At one point in the play, Abby declares Marilyn diabolical. 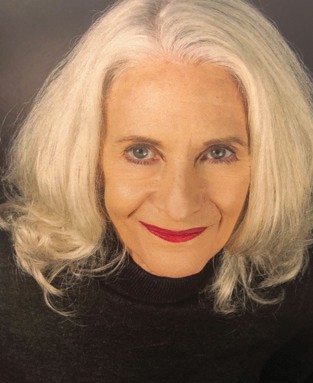 But, another character protests, she seems so sweet.

“That’s what makes her so diabolical,” Abby replies.

When reminded of that line about the essence of her character, Ms. Boyle laughs.

“My character is sweet and determined and diabolical,” she says. “That’s a great line! It’s a contest between the two of them and the play is how we egg each other on and fuel each other’s personality. ”

They both grow more determined as the contest continues.

“I get sweeter and enjoy the playfulness of it,” she says. “I’m determined to win her over, to win that bet, and she’s determined to get me the hell out of that room.”

Ms. Boyle recalls “The Whole Truth,” a one-act play she wrote a number of years ago that won some awards and was published by Samuel French.

“I wrote it because a friend of mine was sequestered on jury duty with a woman she couldn’t stand,” she says. “I thought, what a great (idea for a) one act! ‘Ripcord’ is the same kind of thing: complete opposites. Just seeing that comedy of conflict is what’s entertaining about the play. 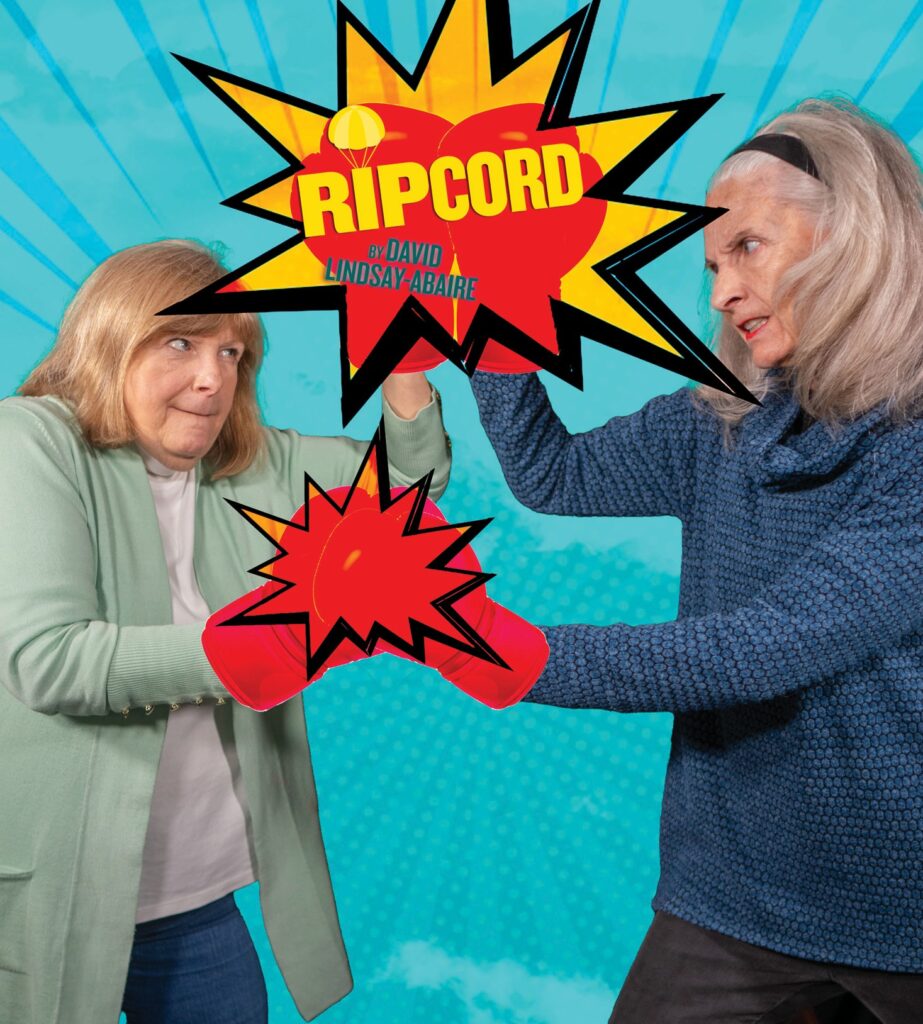 “These two woman really flesh out their personalities during this play. They push each other’s buttons and it’s just climbing floors. And we’re gonna go through the roof before the end of the play.”

The title, “Ripcord,” refers to the skydiving family business Marilyn’s passed along to her children. When people go on initial jumps, they’re attached to an experienced jumper and skydive together. And, just like those tandem jumpers, Marilyn and Abby, like it or not, are attached to each other as they plummet through the latter decades of their lives.

“Let it go! See where it lands,” Ms. Boyle says. “Pull the cord and see where the parachute lands!”

The humor in “Ripcord” is not only verbal, but physical.

“My body is used to falling over couches, working strange angles,” she says. “There are a lot of twists and turns and bone-stretching things I haven’t done before in a play. I contort myself in ways I haven’t in 70 years!”

And the characters are not stereotypes.

Her Marilyn may be sunny and upbeat, but she also has some dark edges to her.

“That’s the music and engineering of comedy, the texture of it,” she says. “It’s not arithmetic, it’s calculus. People are complicated. They can be sweet until someone pushes in front of them in the grocery store, and then another part of the brain clicks in. That’s what I love about comedy; I think about it as music or math.

“With drama, everyone in my opinion is already close to tears about something. So it’s easy to evoke sadness, because there’s a tenderness that’s pretty surface. But to get someone out of a bad mood, to forget they couldn’t find a parking space or their meal wasn’t good before, or whatever, (that’s gold).”

With comedy, she says, you have to hit the right note.

“You find one way to say it that comes directly from the character, the author. And when you find that, it’s bliss, it’s a birthday, it’s fireworks. It’s so satisfying.

“Especially from a crowd of people that have been through a nightmare, that have lost things and people and they’re either not living at home or their insurance isn’t coming in, and they’re waiting for the roofer; to hear them all laugh, it’s a bonus. There’s nothing that makes me happier.”

Comedy, she notes, has to come from an “honest, truthful, genuine place, or it never works to its fullest.”

And the characters she portrays, though older, are never one-dimensional or stereotypic. That’s due to her immense talent and her own positive view of aging.

“I love the strength in little old ladies,” she declares. “This sounds so strange, but I loved turning 70 — because I feel 40, but I have all the discounts.

“There’s a freedom about being old. You’re more playful, you’re forgiven for things easier. That’s what I love about playing old people. Rather than the sickness part or the decaying part, it’s the freedom after all the years of work.

“It’s playtime with discounts. It just gets better.” ¦