AGATHA CHRISTIE’S AND THEN THERE WERE NONE

In Agatha Christie’s most chilling whodunnit, ten strangers are summoned to a remote island by a mysterious host. Upon arrival, bad weather maroons the group making them easy targets for foul play. When one of the guests turns up dead, the remaining visitors find themselves in a beat-the-clock game of life and death as they attempt to unravel their connections and identify the villainous culprit.

This play was originally written with one ending, then years later, Christie penned a new conclusion. Which will Florida Rep deliver – option A or B? We plan to deliver both! The question is, which one will you see?

“A PERFECT COMBINATION OF THRILLER AND DETECTIVE STORY!” – The Guardian 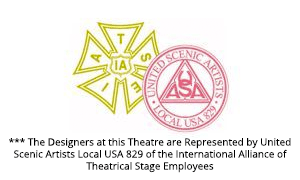