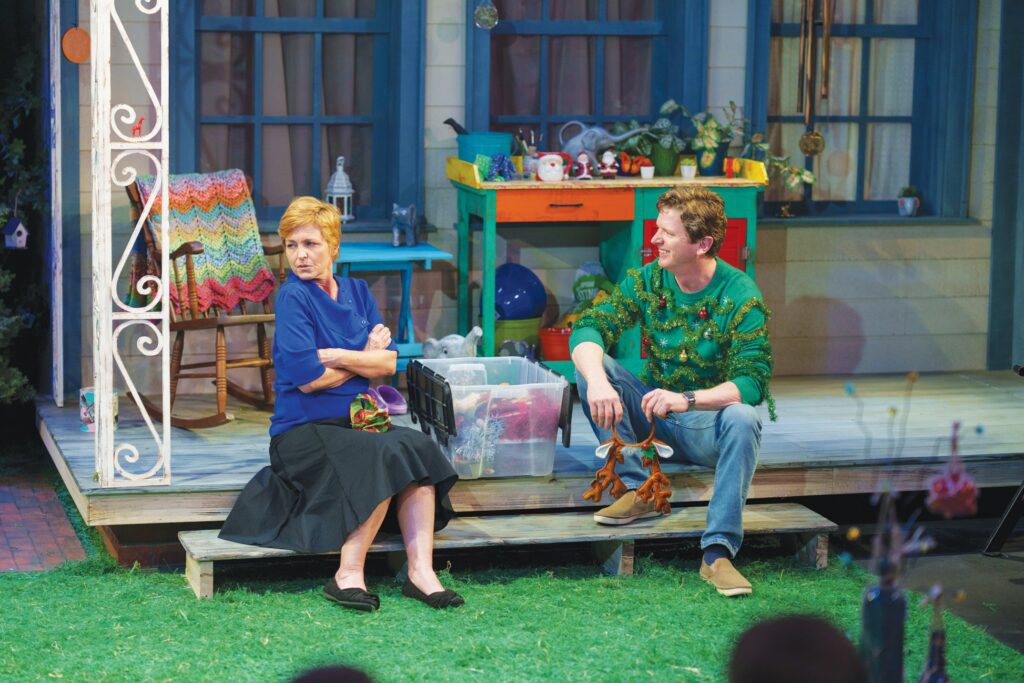 Love isn’t just for the young — teens, and those in their 20’s — or for glamorous actors in Hollywood movies.

Love is for the scared and the scarred, the jaded and faded, the cynical, the lost, those who doubt their own beauty.

So proclaims playwright Audrey Cefaly, who gives us Lizzie and Jack in “Maytag Virgin” (at the Artstage Studio Theatre at Florida Repertory Theatre through June 5.) These two Alabama high school teachers meet when Jack (Duke Lafoon) moves into the house next door to Lizzie (Tyler Layton).

This isn’t a light-hearted rom-com meet-cute.

First, both have lost their spouses — Lizzie’s husband died just a month ago. Both are grieving, trying to figure out how to get through the day. Both are grappling with guilt and ghosts and complicated feelings.

Those who saw Florida Rep’s production of her award-winning play “Alabaster” know that her work is full of quirky surprises, humor and heartbreaking emotion. 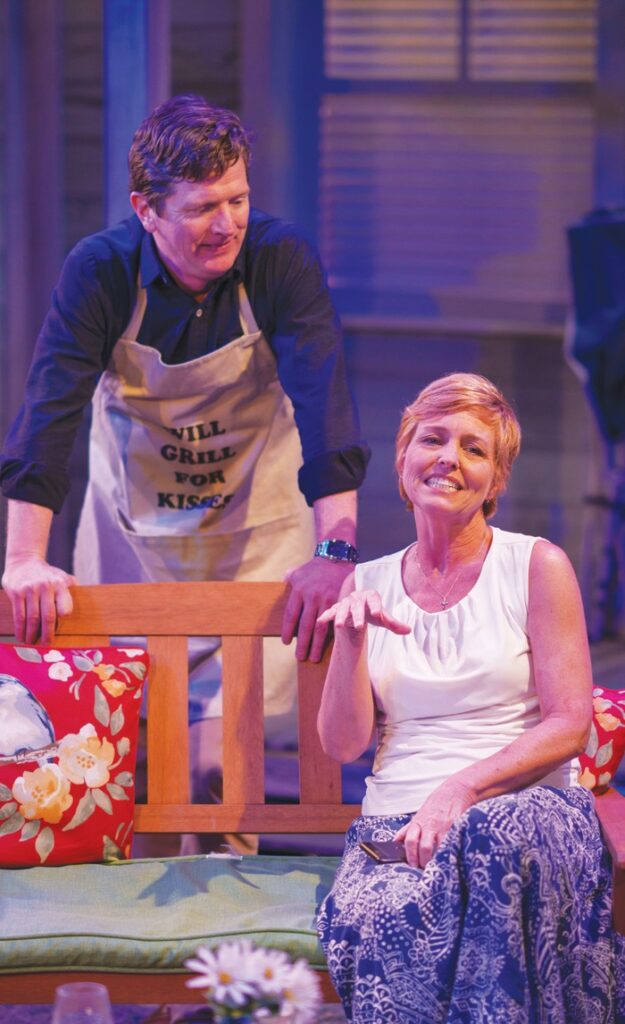 “Maytag Virgin” plays at Florida Rep through May 29.

There aren’t any talking goats in “Maytag Virgin,” but Lizzie’s tendency to just blurt out whatever she’s thinking, unfiltered, makes up for it. (If there were goats in this play, it would be difficult for them to get a word in edgewise.) Ms. Layton is just superlative in this role.

The two do butt heads from time to time, especially when she realizes Jack intends to keep his Maytag drier out on his back porch. She has line-dried her clothes all her life, and his machine scares her.

(As a good Southern Baptist, his Catholicism also scares her, as well as his statue of the Virgin Mary.)

Lizzie and Jack do an attract/avoid dance over the months.

She teaches English and is partial to wind chimes, birdhouses and color. She wants a man who knows how to spell, she declares, but she thinks her time is past.

Jack, who teaches physics, is more practical, but also observant, and more romantic than you might suspect. He is intrigued and bemused by Lizzie. 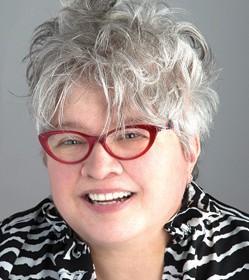 Ms. Layton and Mr. Lafoon deftly portray two hurting people struggling with grief and the possibility of a new relationship.

It’s rare to see such an honest play about people falling in love in midlife, at a time when they think their possibilities are limited, if not over.

The venue advertises it as a drama; the playwright has referred to it as a dark comedy.

Director Greg Longenhagen doesn’t let the play wander into sappiness. The incidental music in between scenes (bluegrass, Alison Krauss and Sam Phillips) is a nice atmospheric touch that complements the action but doesn’t overwhelm it.

Staging the play in the intimate Artstage Studio Theatre means that we are practically in the backyard with these two struggling people. Ray Recht has designed a highly realistic set, with the backs of two houses and grassy yards. Lizzy’s house is more flamboyant, with multiple wind chimes and birdhouses and even a watering can in the shape of an elephant.

Ms. Cefaly is a bold and risky playwright, unafraid to expose the hidden chambers of the human soul. She writes characters who are vulnerable and express their yearnings, even while they may be fighting them. Her dialogue surprises and delights; some lines make you laugh, and others may make you feel as if your heart’s secrets have been revealed.

Life is full of loss and dark times.

It’s nice to be reminded that even so, there can still be love.

There is still hope, “Maytag Virgin” tells us, even when all seems hopeless. ¦