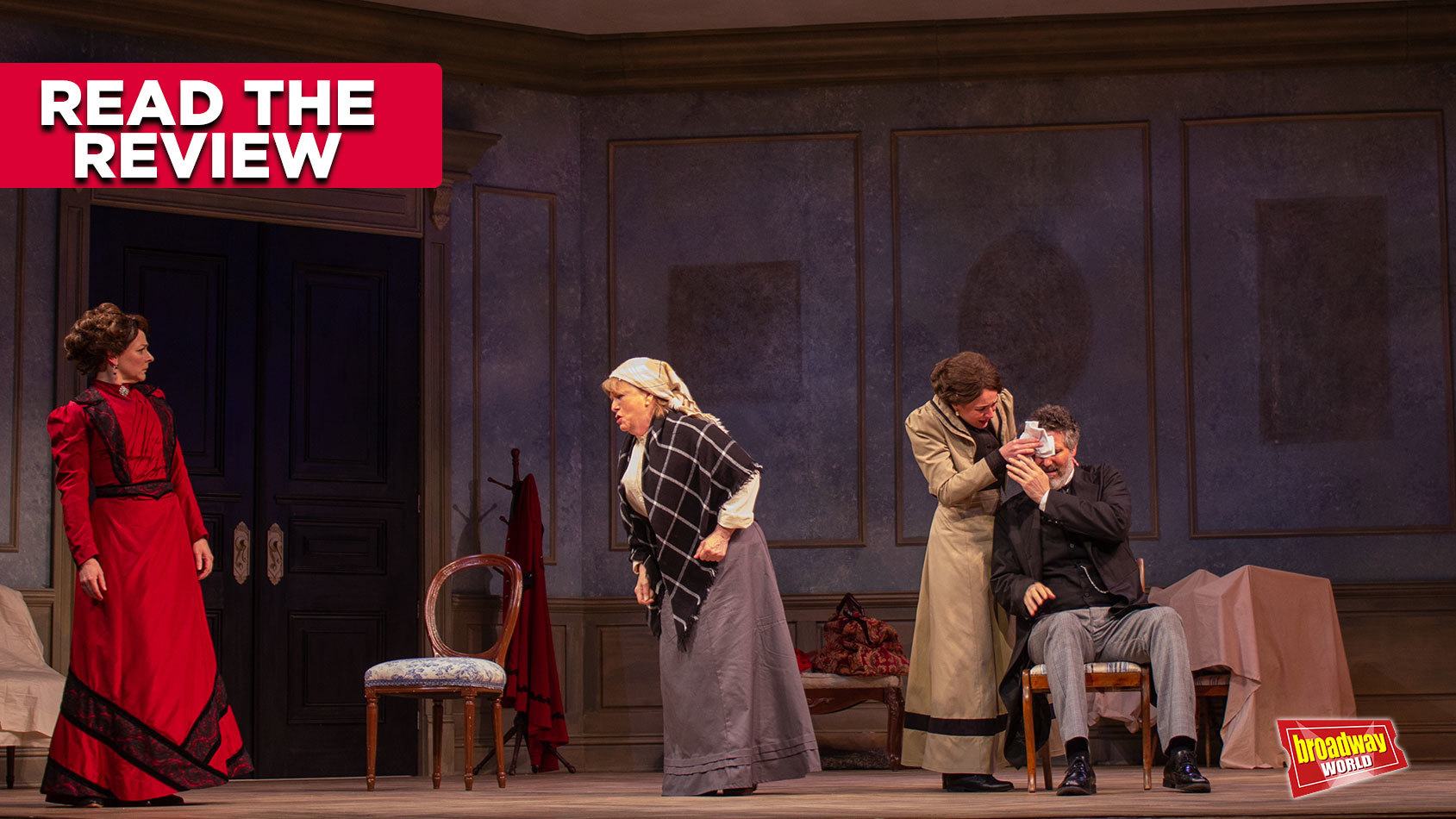 Florida Repertory Theatre’s production of A DOLL’S HOUSE, PART 2, directed by Chris Clavelli, unfortunately never got to open. However, they did film the show and have the video stream of it available to purchase online for your entertainment during this quarantine!

A DOLL’S HOUSE, PART 2 takes place 15 years after A Doll’s House. At the end of A Doll’s House, Nora Helmer walked out of her home and left her children and husband. Now she is back because she learned her husband, Torvald, never actually filed for a divorce, and she’s concerned it will ruin her personal life and success she’s had as a writer. Upon her return, she learns what has (and hasn’t) happened since her departure.

The cast of this production includes Rachel Burttram as Nora, Brendan Powers as Torvald, Aishling Pembroke as their daughter, Emmy, and Viki Boyle as Anne Marie, their maid. Burttram’s portrayal of Nora was outstanding.

Nora is fierce, determined, smart, confident, and strong-willed, and I really enjoyed the personality Burttram brought to her. The dynamic between her Nora and Powers’s Torvald was captivating to watch as they went head to head, sharing their regrets and what they’ve learned since Nora left along the way. Burttram and Powers are married in real life as well, and I think that makes the tension between their characters even more interesting, and of course, they are both incredibly talented actors. It’s always a wonderful experience to see them act (they are both local favorites for a reason), but especially together in a show like this.

Boyle’s Anne Marie and Pembroke’s Emmy were not easy on Nora, as they saw through her plan to convince them to get Torvald to file for a divorce, and I found their conversations incredibly intriguing.

Anne Marie is clearly bitter toward Nora because she left her family the way she did and now has very strong opinions about marriage. Emmy is strong and not easily manipulated; she proves to Nora that she grew into an observant and clever woman without her mother there.

A DOLL’S HOUSE, PART 2 shows you how some people can break free of expectations and grow and completely change over time because of it, while others stay the same without even realizing it. This is a modern twist of a sequel to Ibsen’s original story of the Helmers, and even if you have not seen A Doll’s House, I am sure you will enjoy this production very much. The acting is phenomenal, the storyline is intensely captivating, there are several moments of humor, and it’s a perfect way to take your mind off of the stressful times the world is going through right now.

Though it’s not easy to take a show meant for a live theatre audience and transition it to a video, Florida Rep proves with this production that it’s absolutely possible to do so successfully. The show was filmed by Florida Rep staff and interns, including Joe Dafeldecker (Florida Rep’s Digital Media Specialist, who also edited the whole show), Tim Billman, Katie Wilhelm, and Kylie Gray Mask. Though of course all of us would love to be able to go physically see this show at Florida Rep, this video version has been done very well and is definitely worth watching. Plus, it provides you with the opportunity to support the theatre from wherever you are while also enjoying some fantastic, professional acting.

So, break out your most comfortable pajamas and some snacks and enjoy A DOLL’S HOUSE, PART 2 from the comfort of your home! Click here to purchase: https://tickets.floridarep.org/TheatreManager/1/login&event= (Note: You can purchase any performance and you’ll have two weeks to watch the show).