‘Always … Patsy Cline’ at Florida Rep is a knockout

Over the years, I estimate I’ve seen close to half a dozen productions of “Always … Patsy Cline” at various local venues.

Theaters love to produce it, because it’s basically a two-hander with a four-piece band. Created, written and originally directed by Ted Swindley, it’s based on a true incident of country singer Patsy Cline meeting one of her biggest fans in Texas and developing a friendship and correspondence with her. (This was back when people actually wrote letters and sent them to each other.)

So I wasn’t sure what to think when I learned Florida Repertory Theatre was going to open the season with it. It just seemed like a safe, conventional choice.

Had this show worn out its welcome?

Not with audiences apparently; even before opening night, the venue had extended the run (to Nov. 24).

And I have to say, after seeing it, that Florida Rep’s “Always … Patsy Cline” is the best production I’ve seen of this jukebox musical. 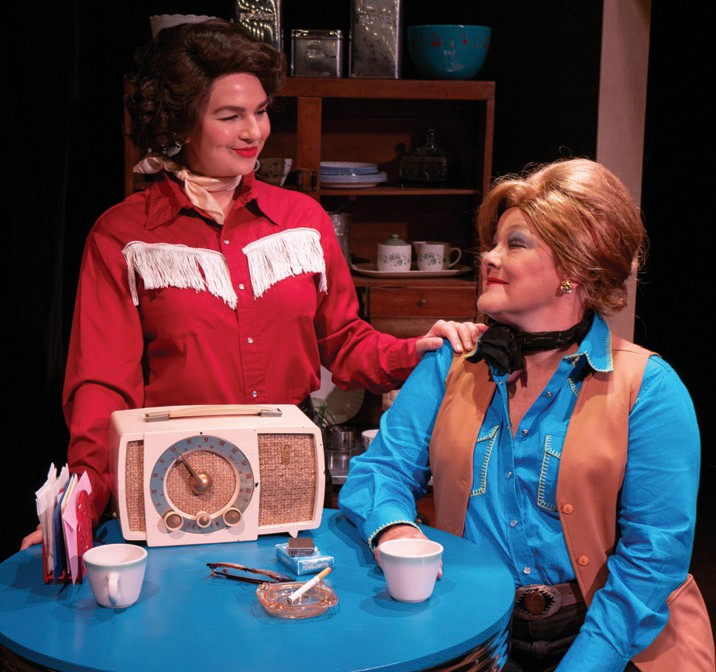 It just knocked me out.

When Patsy Cline (a very talented Bethany Gwen Perkins) appears onstage, it’s as if she’s stepped right out of the 1950s, or as if we’ve somehow been transported back in time.

Ms. Perkins looks like Patsy Cline. And she sounds just like her — the sweet, low tones, the phrasing — whether she’s singing or talking.

It’s the perfect combination of everyone at the top of their game: the hair and make-up, the dreamy dresses (Kristina Tollefson) one after the other, the lighting (Anne Carncross). And of course, the combination of gifted director Maureen Heffernan, a Florida Rep ensemble member, and Ms. Perkins’ own talent.

The actress stands there in the spotlight, perfectly poised, in total control. It’s as if she possesses an inner stillness that just draws you to her. She has the audience in her spell even before she sings; we are totally entranced.

And then she performs song after song: “Back in Baby’s Arms,” “Walkin’ After Midnight,” “I Fall to Pieces,” “Your Cheatin’ Heart,” “Crazy.” There are songs that veer into early rock ’n’ roll territory, and a couple of hymns as well. 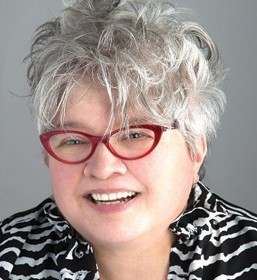 She’s backed by the Bodacious Bobcats

They’re attuned to her every nuance and worthy enough to be backing her.

Becky Barta plays Louise Sever, the sassy Texas woman who sees Patsy Cline on “The Arthur Godfrey Show” on TV and is instantly a fan. She then calls her local radio station several times a day to request they play a Patsy Cline song. When Louise learns the singer is coming to town to perform, she’s beside herself. She attends, the two meet, and the rest is history.

Ms. Barta’s character is, in many ways, Patsy’s opposite. She’s outspoken, feisty, bursting with energy and quick with a quip. No shrinking violet, she sports a red beehive hairdo with banana curls on the sides.

She narrates the story to the audience, occasionally addressing individual patrons, asking questions or even coaxing one up to dance.

Ms. Barta was in the original off- Broadway production and has acted in both roles around the country since then. The Florida Rep production is her 30th, and her experience shows. She works the audience like a professional comedian, and nothing throws her.

It’s a role that can easily become a caricature, but Ms. Barta is too skilled for that. She’s the perfect foil for Patsy.

This all takes place on an immersive set divided into three parts: bar, stage and Louise’s kitchen.

When you enter the studio theater, you step immediately into a country western bar decorated in wood, neon, cowboy hats and dead animals (including a squirrel paddling in a canoe.) There’s a jukebox in the corner, beer signs and an actual working bar (beer and water only).

The wall behind the bar is filled with black-and-white pictures of famous singers, including Johnny Cash, Hank Williams and Little Jimmy Dickens. There’s even a photo of the Million Dollar Quartet (but it’s a publicity shot from Florida Rep’s production last season).

As great as it looks, however, I think set designer Tim Billman might have tried to do too much in such a small space.

Louise’s kitchen is on the far side of the theater, with a table and radio and a cabinet with Pyrex bowls. For those seated at the other end of the theater, the action seems far away and sightlines aren’t the best, even though it’s a small, intimate space. It might have been better if there had just been a suggestion of a bar, for a scene that takes up just a few minutes.

And unless you’re seated in the middle, you don’t see the entire band. Sit on one side, the drummer is blocked by scenery; sit on the other, and you can’t see the keyboardist that well.

I don’t remember a working bar in previous productions. It works for “Once” (at the Broadway Palm Dinner Theater), but in this case, not so much. It might have been a good idea in theory, but doesn’t work well.

Regardless, this is a spectacular production.

Ms. Barta made me laugh and kept me engaged, and Ms. Perkins stunned me with her talent and her ability to channel Patsy Cline.

And mention has to be made, again, of Ms. Tollefson’s incredible designs. I lost count after Ms. Perkins’ fifth or sixth costume change, but each new dress made me envious all over again.

If you love Patsy Cline’s music, rush to see this show. If you’re not familiar with her at all, this superlative show would be a great way to acquaint yourself. I guarantee you’ll leave as enthusiastic a fan as Louise. ¦